Yaron Brook of the Ayn Rand Institute sits down with Family Office Insights to discuss how the teachings of the Prolific Writer and Philosopher Ayn Rand can be translated to today’s economic, social, political and physiological debate of our current state of affairs. 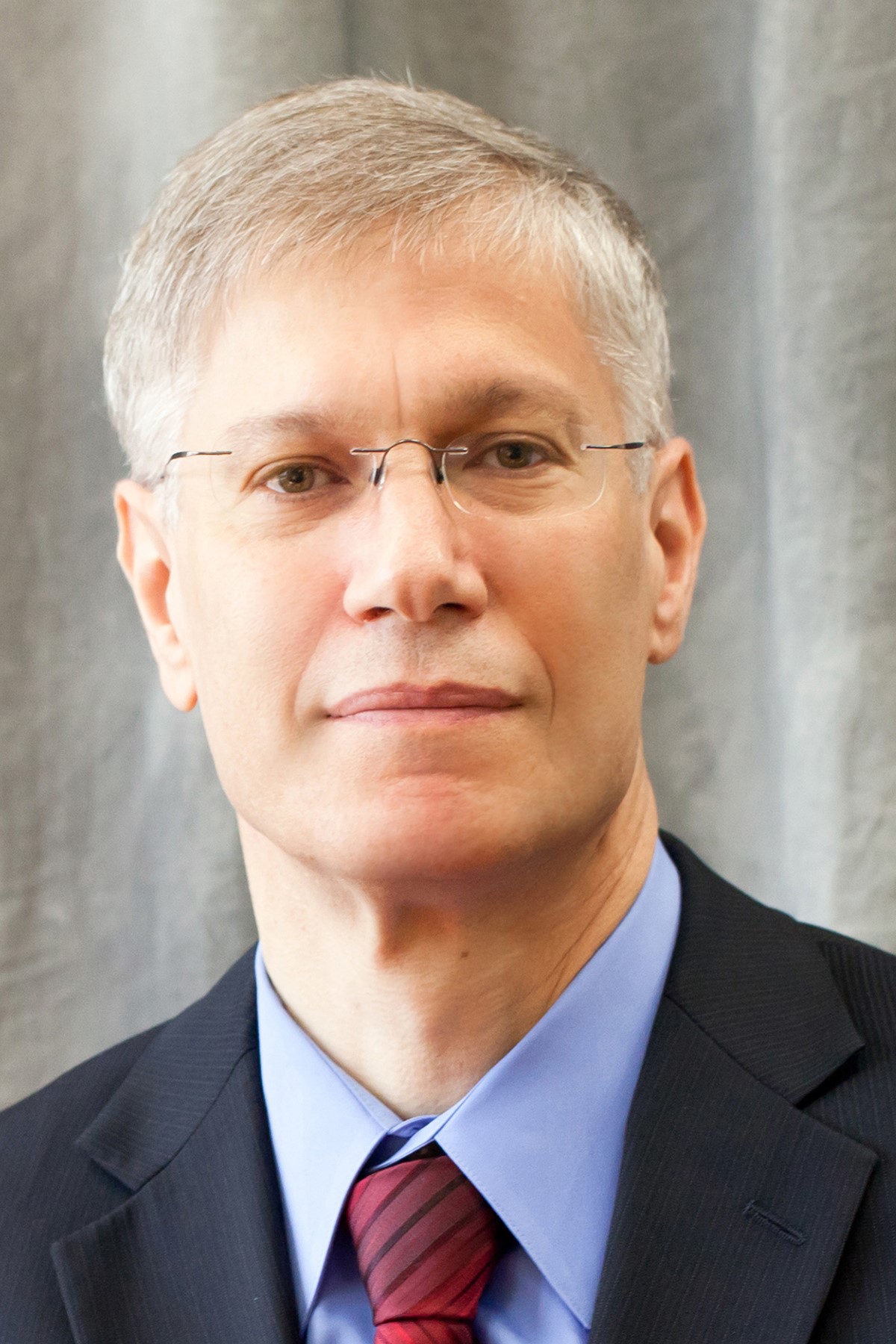 Can you tell us about the mission of the Ayn Rand Institute?

To bring Ayn Rand’s ideas to the forefront of the cultural and philosophical debate and ultimately the political debate. To take Rand’s philosophy, apply it to current events, educate people about her views, and engage with the culture around these ideas. We aim to change the culture and envision a future where reason and individualism will be widely adopted.

Why do you believe her ideas are important in today’s world?

Her ideas are crucial in today’s world. The U.S. was grounded on principles that came out of the Enlightenment in Europe, namely the fundamental ideals of reason and individualism. Reason is the way in which we know and understand the world and serves as a guide for how human beings should live. The whole founding of America was based on the recognition that an individual’s life is sacred, that an individual must be left free to use his reason to pursue his values and to achieve his own happiness. These were the founding principles that made America the most prosperous nation in the history of the Earth.

But over the last 200 years, we have moved dramatically away from these founding ideals. Rand is here to resurrect the Enlightenment ideals of the founding fathers and to put them on firm philosophic foundation.

You can see that as it relates to specific issues that are relevant today. Take the issue of free speech on college campuses or the threat to free speech from Islamists. Free speech was a crucial element of the Enlightenment. It is the recognition that if we hold reason as sacred, we also have to protect the freedom to express our thoughts. That view might antagonize some people—during the Enlightenment, it certainly antagonized the political powers of the day. Today, free speech is under attack from all quarters and there are very few people really standing up for the right to free speech any longer. That’s a great tragedy and if not for the Ayn Rand Institute, there would be almost no one defending free speech on principle. It is crucial that we recognize reason as an ideal and free speech as a fundamental right that needs to be protected.

What are some of the pressing economic issues that are found in her work? How can people today relate?

Rand recognized that freedom does not just relate, as many on the left would argue, to our social lives, but freedom is equally relevant to our economic lives. She argues that government has no role in economic decisions. In other words, the government should be neutral when it comes to economics. In her novel Atlas Shrugged, Rand shows that coercion in the market ultimately leads to economic destruction. When we restrict entrepreneurs and prevent them from making decisions for themselves, we are destroying our culture.
We can see that playing out in the after math of the recent financial crisis. The response to the financial crisis has been to ramp up economic regulation—that’s what people thought would lead to economic growth. But that is a mistake. The consequence of that mistake has been the economic stagnation that we’re seeing in the U.S. today. It is also the loss of economic freedom that explains the stagnation in Japan (that country has definitely not learned from its past) and in European countries like France and Germany. Rand links economic distress and stagnation directly to lack of freedom.

If we want economic growth, we need to get the government to reduce its role in the economy by shrinking government spending, regulations, and taxes. You can debate which taxes should go first or which regulations need to be rolled back initially, but big picture, the solution is simple. If you do that, the economy will boom.

What are some of the philosophical issues she addresses in her body of work?

She was a unique philosopher. She presented a systematic philosophy that covers every basic issue debated in philosophy. In metaphysics, she believes that reality is independent of our consciousness and emotions. That’s an idea very much counter to the popular beliefs on both the right and left today.

The left generally comes from a place of emotion where reality is whatever we feel it is or what our gender tells us it is. This way of thinking places feelings and emotions above reality. You can see that in today’s political and cultural debates. Our universities are telling students today: whatever you feel, that’s reality. On the right, what you’re seeing is a massive growth in the influence of religion, which teaches that reality is whatever God says it is. Both the left and the right have abandoned basic metaphysical principal that reality is what it is regardless of what you (or some supernatural being)think or feel about it.

Rand also argued that we have the tools to know and understand reality--we do that through observation and using our faculty of reason. For example, in science, we can make discoveries and deepen our understanding of the world around us and use that knowledge to change the world for the better. Human beings are incredibly competent at shaping and changing the world around them to improve their lives.

In ethics, Rand stood for long-term rational self-interest. That means you should use morality as a tool to guide your life, that as an individual, you shouldn’t sacrifice yourself to other people; you should be self-reliant, stand on your own two feet and be proud of that. In contrast, both the left and the right share a morality that preaches sacrifice of the individual. It simply varies in form—whether it is the sacrifice of the individual to the state or the poor, the rhetoric of collectivism is everywhere. The only thing people really disagree on today is who should be sacrificed and for what purpose.

In politics, Rand stood for a government that did the crucial job of protecting our rights (that’s life, liberty and property), but otherwise would leave us alone. We have moved far, far away from such a government and adopted a government that tries to regulate every aspect of our lives from business to healthcare.

In our current politics, Donald Trump and Bernie Sanders are the culmination of the emotionalism prevalent in our culture and the collectivism of groups. Trump feeds off of people’s anger and blames groups of people like “the Mexicans” or “the Chinese” for all of our problems. Bernie Sanders is cut from the same cloth, he just chooses different groups to blame for our problems, like “Wall Street” or “the rich.” And both call for more government control over our lives.

What is next for you and for the Ayn Rand Institute?

There’s a lot of interest in Ayn Rand globally outside the U.S., particularly in Eastern Europe, Latin America, and in Asian countries such as Japan and China. We envision a significant international expansion of the Institute in the future by working with affiliated organizations. For example, a number of Chinese scholars recently announced the founding of an Ayn Rand Society there.

The other area of global expansion is online. There is growing recognition on our part that the Internet is where the real activity is for outreach to young people, especially in the range of 16 to 30 years old. We’ve completely revamped our web presence and launched an e-learning platform called ARI Campus where people from around the world can take free, interactive courses about Objectivism and have direct access to many of Rand’s writings. Our website is informative and user friendly.

What about your own plans? What are you up to in the near future?

I have a new book, coauthored with ARI fellow Don Watkins, that was published on March 29th called Equal Is Unfair: America's Misguided Fight Against Income Inequality.

Ayn Rand argued that the individual’s pursuit of economic success was something good, and that part of the reason why capitalism is good is that it protects the individual’s pursuit of success. Today’s crusade against economic inequality attacks both those core values: it says that the pursuit of success is immoral since it means that some people will become far richer than others—and it says that capitalism is immoral because it allows people to become far richer than others. Anyone who values business, wealth, capitalism, or success needs to oppose the inequality crusade—and our book will give them that ammunition to do it.

So I’m excited about the launch and public events scheduled around the release of the book.

Dr. Brook is coauthor, with Don Watkins, of the national best-seller Free Market Revolution: How Ayn Rand’s Ideas Can End Big Government, and the host of The Yaron Brook Show, a live BlogTalkRadio podcast.His latest book, with Don Watkins, is Equal Is Unfair: America’s Misguided Fight Against Income Inequality. 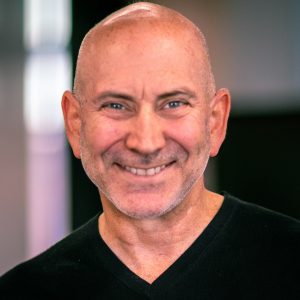