Family Office Insights sits down with Chris Davino, former CEO of RMS Titanic Inc, about his next deep sea expedition, the search and salvage operation a WWII ship carrying an estimated $80 million of gold, providing a unique financial opportunity and amazing life experience for prospective financial partners.  Please see the Mission Video below (if viewing on mobile) or on the right-hand side (if viewing on desktop).

Update:  50% of the Mission budget has just been raised. 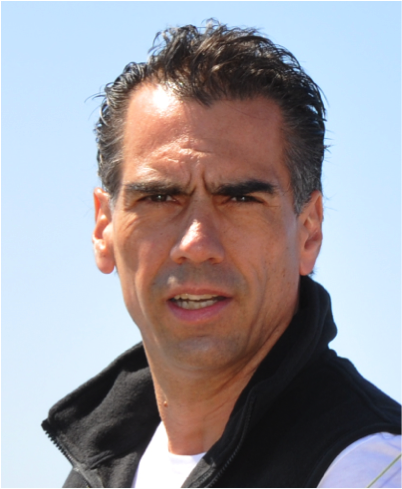 Tell us about the mission of The Empress of Canada.

The Empress of Canada is an extraordinary opportunity for a financial partner to join the world’s most proven team executing a search and salvage operation for a WWII ship, the Empress of Canada, which was torpedoed off the Africa in 1943, carrying $80 million in Bank of England gold, as well as the opportunity to bring the public along on the amazing journey by virtue of various forms of media and entertainment programming.

How did the Mission Team come to the Project?

The answer is as fascinating as the Mission itself. Empress’ 5th Officer, Frederick Bullock, oversaw the gold being loaded on the ship in Durban, South Africa, under British Army guard. While most of the crew and passengers were killed by shark and barracuda, Officer Bullock survived the sinking and, after becoming a captain in the Canadian Coast Guard, contacted the British Treasury to obtain archival evidence of the Empress’ gold to include in his memoirs. This was in the late 1990’s. The British Treasury turned the Captain’s letter over to our lead partner, Mike Anderson, an experienced salvage operator, who began a long correspondence with the Mr. Bullock, which ultimately led to Mike’s filmed interview of the Captain before his death, in which he obtained the Captain’s account regarding the gold and the events of the Empress’ sinking.

How likely is there that there is gold on the Empress and what are the risks in salvaging it?

There is often chatter in the small, competitive world of deep sea salvage operations about wreck sites with treasures of gold and other valuables. We really don’t take much of it seriously. But the Empress is a different story. Captain Bullock’s direct account, coupled with our decades long research, gives us a very high degree of confidence that the gold is at the wreck site. Also, we have very specific information about where on the vessel the cargo was held. So, the only real challenges, not insignificant, are finding the ship and salvaging 40 wooden crates from a ship, in what is expected to be approximately 2 miles of water. There are only a few teams in the world that could even operate at these depths, let alone have the capabilities to conduct this type of salvage operation. Luckily, we happen to have that team.

What are the backgrounds of the Mission Partners?

Mike Anderson, Managing Director of Ocean Intervention, has 30 years of experience in recovery of cargo from sunken vessels, as well as having provided expert testimony in salvage cases, including the RMS Titanic case. PH Nargeolet is one of the most renowned and experienced deep-sea operators in the world. A former French Navy Commander, Nargeolet has decades of experience at sea, recovering both civilian and military aircraft and locating and exploring shipwrecks. He led the team responsible for locating the wreckage of Air France Flight 447, and led 6 of the RMS Titanic expeditions, in which he recovered more than 5,500 personal and ship artifacts. I had the fortune and honor to serve as President of RMS Titanic Inc. and in that capacity was the legal steward of the wreck site planned and led the 2010 mission to Titanic’s wreck site, which surveyed 15 square miles of the wreck and her debris field in high definition optical and sonar imagery, setting new standards in deep sea archeology.

What is the media and entertainment opportunity?

Like with our 2010 Titanic Mission, we believe the Empress of Canada represents an incredible opportunity to create compelling media and entertainment content and leverage the digital and social domains to bring the public along on this amazing journey. For Expedition Titanic 2010, we were able to secure the Cover Story of National Geographic Magazine’s April 2012 issue, to coincide with Titanic’s 100 Year Anniversary, as well as produce two History Channel documentaries, Titanic at 100, Mystery Solved, being one of History Channel’s most successful properties of all time. Separately, we partnered with NBC, which did live news coverage from our Mission, with a news team at sea with us. By virtue of these strategic partnerships and our distributed content, we engaged hundreds of millions of Titanic fans the world over and garnered over a billion media impressions. While the Empress of Canada is not Titanic, there is a very compelling story to be told, not only of the Mission itself, but the Empress’ rich history, the events of her sinking, and the untold acts of heroism of crew and passengers being saved in shark-infested waters. We already have an offer from a leading cable network for a 2-hour documentary, and are actively exploring a feature film.

What are the budgets for the Mission and for the media/entertainment properties?

Christopher J. Davino is an executive and a proven leader with 25 years experience advising and running organizations in more than a twenty industries, including: retail, healthcare, consumer products, gaming, transportation, technology, media and entertainment. Trained as turnaround professional, he has acted in capacities ranging from restructuring advisor, investment banker, Independent Director, Chairman of the Board, and CEO for companies small to large cap, public and private, domestic and international.

In these roles he has achieved extraordinary results guiding companies through every stage of the business cycle: from conceptualization and start up, to development stage and growth, with a substantial amount of experience leading companies through the most challenging of circumstances – addressing substantive viability issues and acute financial distress. Through these diverse experiences, Mr. Davino has demonstrated an ability to step into a senior role with little or no prior industry experience and immediately grasped the fundamental nature of a company’s business, to critically assess the key drivers of success – from strategy and tactics, operations, and resource needs, both human and capital – and to craft and implement plans to transform businesses – with a proven track record in developing and executing creative and complex strategic plans intended to significantly increase enterprise value for the benefit of a company’s stakeholders.

Since January 2013, Mr. Davino has been operating Osprey Point LLC. through which he is acting in advisory and principal capacities with growth stage companies with a focus on the intersection of transformations taking place in technology and media/entertainment.

In January 2009 Mr. Davino was appointed President, CEO and Director of Premier Exhibitions, Inc. (nasdaq: PRXI) and its subsidiary, RMS Titanic Inc., two significantly financially distressed businesses operating in the oceanographic and exhibition industries. In his role, which concluded in April 2012,

Mr. Davino developed and oversaw the execution of a bold strategic plan that resulted in a 400% increase in shareholder value. His primary strategic focus was building a dynamic brand around Titanic and dimensionalizing the property well beyond the Company’s historical exhibition model.

To learn more, please reach out to Chris directly at cd@ospreypointllc.net. 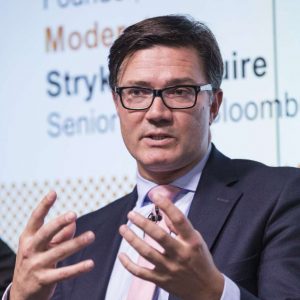