Please join Family Office Insights for this luncheon on Wednesday, March 28th at 12PM. If you care to join us, please email admin@familyofficeinsights.com.

Family Office Insights sits down with Christian Weber, Founder & CEO of Sheltercoin, to discuss the SHELTERCOIN cryptocurrency, an altruistic digital token (alt-coin) to raise funds for disaster response and provide shelter and enhance preparedness around the world. SHELTERCOIN is the new digital token on the blockchain that represents the latest advancements in disaster relief, ensuring that whenever and wherever disaster strikes, there will be a highly secure, transparent and auditable method to raise funds and deliver key resources quickly and directly. The Sheltercoin Foundation is in process of raising $32 million through a Token Sale Event / Initial Coin Offering for its utility token cryptocurrency, SHELTERCOIN. 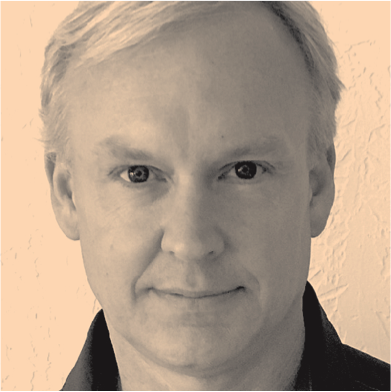 Tell us about your background and Sheltercoin.

I’ve always been entrepreneurial, and in my career, have done so across several verticals and industries from software to manufacturing. I tend to follow my interests and then find gaps and problems that need solving. I have a knack for figuring out how to make things better and then capitalizing on it.

In 2015, I was camping in the desert when it came to me that there had to be a better way to create shelter from extreme weather like heat and wind. I woke up one night with this idea for a better shelter system and sent prototype sketches to a friend. He sent it out to a Facebook group the next day and I had 300 orders for it. In 2016, this idea became Shiftpod, a sturdy, insulated, and easy-to-construct camping shelter system. Although Shiftpod became successful relatively quickly, I was more focused on the ethos of the company and how to sell to customers, while also giving back to those in need. So I decided that for every 20 units sold, we will give 1 shelter to a family in need. To date, we have provided hundreds of shelters around the world, with thousands reaching refugees with heating stations built in. I saw firsthand how giving shelter to people devastated by natural disasters could help them start rebuilding their lives and that really touched me.

In giving product away, I realized there was another built-in business in of itself. There’s a plethora of problems associated with charity and giving away free products. And when people give monetary donations, how is that money actually used, can you track it, and manage it transparently? Through that process, I knew that we needed RFID to track inventory not only in our business, but also to see where our product was being donated and used. With blockchain, a way to automate that process and track it with much less manpower became evident. We use blockchain to send data back to the people involved and those who purchased from Shiftpod to see where the product was going. We built this system and brought in donors to create something that hasn’t been done before, which is to offer 100% transparency in real time to donors, so as to show people how their donations were spent and what they were spent on.

We believe that our shelters are going to be a disruptor in the emergency space. We’ve brought together a lot of technologies that haven’t been deployed in this space yet, which includes automating the data back to donors and offering transparency. The Sheltercoin Foundation has been created to issue altruistic digital tokens to raise funds in order to provide shelter for disaster response and preparedness around the world. Our technology has been praised by FEMA and the US Military, and right now we have people in need of relief asking us for containers. We are raising money in a Token Sale Event to buy as many containers as we can as quickly as we can for all those people out there who need them. Uniting the community together with a new digital token, Sheltercoin, means that whenever disaster strikes anywhere in the world, we will have a highly secure way to raise funds from like minded people who want to make a difference, and make sure that people in need receive aid quickly and directly, with transparency built in at every stage of that process.

Who is the target audience for Sheltercoin? Who benefits from this?

Our initial audience are those who want to get involved with the cause by purchasing the coin or donating to the 501(c)3. There are big NGOs that arrive at an area for a photo op and then leave without leaving a lasting, sustainable change. We really want to have our assets pre-staged so that when a disaster strikes, we are prepared and are the first on the ground to respond. We have teams of people that are retired ex-military and veteran disaster emergency responders. With groups like FEMA and other NGOs, the response time can take from a week to up to 8 weeks for aid to reach the ground due to logistics, bureaucracy, and lack of manpower.

For instance in St. Croix, there are 30 EMTs that lost everything and are still servicing 40 people out of pop tents without proper gear and are spending the nights in those same pop tents. We just sent out uniforms and boots to these EMTs and shelters. Those are some of the direct actions that we can do immediately to have a huge impact. We don’t have the bureaucracy and red tape that gets in the way of execution.

Ultimately, our goal is to create the Amazon of the disaster response marketplace. It’s not just the physical assets but the human assets as well. Imagine eBay or Amazon where you have local operators and equipment on one end, and disaster response agencies and local managers on the other end.

How are you different from other NGOs?

We are trying to influence, change, and bring a new level of transparency. There are major organizations that struggle to show the government and their donors where the money has gone and what it was spent on. In fact, less than 3% of the money raised actually goes towards the work. These big organizations are very top heavy so it takes weeks, even months, to get goods to the places that need them. Most other NGOs are in the business of figuring out the solutions of seeing how to get the goods to the necessary places, rather than executing on it. With the right technology, we can’t see why we can’t deploy goods more quickly and cost efficiently.

We want to mobilize human assets immediately and have the equipment pre-staged where disaster is likely to hit, such as, California with earthquakes, and Florida and Southeast Asia with hurricanes. The big issue with disaster response is that the big NGOs will buy equipment and then transport them to where the disaster is causing time delays and costly transportation fees. There are plenty of local assets in areas of disaster-ridden areas, so why not give them the cash raised to regenerate their local economy? This is all possible with our marketplace.

What are some of the challenges you face in your market?

On the social side, it’s about adoption and getting people to understand what we do better. We are building a better system that a bigger NGO would want to adopt because it’s ethical and transparent. This is a big feat, so it’s something that needs to be done in stages where you first get boots on the ground with people involved, and then everything else will follow. Once we start sending data back to the donors, it will create the standard for how a NGO should run, and others will follow.

The biggest problem and most glaring is transparency, so we want to redesign the whole landscape of this space using technology that is readily available. With blockchain and the RFID tracking system we can track items through the supply chain and attach donations to the blockchain. It marries the donation to the RFID where the data will be shown to the donors in real time from transit all the way to delivery, something unprecedented in this industry. There is no reason why we shouldn’t be able to tell the donors how their money was spent this day in age.

How much are you looking to raise? Who is your ideal investor?

When we sell out of the initial token, we will raise $32M. We are not looking for investors per se; we are looking for partners that understand our vision and want to a part of the mission. We are looking for philanthropists that understand that the system is broken and want to fix it. The tokens they receive for their donations can be used to get discounts on products, to donate, or just simply to hold on to. These token will have a lot of utility over time. If we do our job right and create the right ecosystem to meet our goals, we expect these tokens to have a lot of value and will be a fantastic way to provide transparency back to the donors. If you buy tokens or get your donation tokenized, you can watch the token and track it. That’s the beauty of blockchain that you don’t have to put your trust in people handling your money. You have everything on a digital contract that is visible to everyone.

My mission is to set a new standard and change the paradigm in disaster response and donations. My goal is to create a system that will outlive me and run itself without a whole lot of overhead.

We’re looking at the end of this month for the ICO launch date. We have the software coming together well, which will run in 5 waves, allowing us to raise the first block to meet some milestones, and then keep on improving and building. There are 51M displaced people in the world now, so we are going to be busy for a long time.

Weber brings over 30 years of experience as an innovative entrepreneur covering a wide range of markets. Among them: oil and gas development and rework, import/export/logistics, manufacturing, mining, software and internet systems development.

He has founded and funded several start-ups while staying involved through development, production, sales, and public offering. He has a unique ability to identify market trends “ahead of the curve” giving companies a cutting edge in meeting consumer needs before others have capitalized on these trends. By pushing the envelope with concepts, technology and marketing he has made several companies very successful.

At the same time, he has worked extensively with such well-established firms as:

Christian has an extensive network of connections and resources from around the world. He travels extensively in Europe, the Americas, and Asia.

If you have any questions, please contact Christian at cw@shiftpods.com.