Family Office Insights sits down with Denmark West, Founding Partner of Connectivity Capital Partners & CIO of Connectivity Ventures Fund, to discuss the early stage, mission-oriented fund of CVF that works to improve the human condition in the areas of health, finance, and work.

Tell us about your background and your company, Connectivity Capital Partners.

I started in investment banking after graduating from Harvard and focused on technology. I quickly realized I actually wanted to work inside the technology industry. So while still in my twenties, I found a role at Microsoft, where I had the opportunity to work directly with top executives including CFOs Greg Maffei and John Connors, and CEOs Bill Gates and Steve Ballmer among others. I was tasked with leading some strategic projects, ranging from Software as a Service to Open Source Software, which shape my thinking even today. I was also given the opportunity to lead internet infrastructure investments within a nascent corporate ventures effort. I led investments in Akamai (IPO), InterVU (sold to Akamai), and iBeam (IPO) among others.

In 2004, Viacom recruited me to lead strategy and business development. Within the first few months, a friend connected me with Sean Parker when Facebook was less than a year old. Though Sean agreed to allow Viacom to invest, and I had support from my boss, who was then CEO of MTV Networks Judy McGrath, I wasn’t successful in convincing the Viacom corporate team that this was a company defining deal. I was disappointed, but the silver lining was that it motivated me to start angel investing. Some of my personal investments have included The Climate Corporation (sold to Monsanto), LendingClub (IPO), and Virgin Mega (sold to Nike). Over time, my growing passion for startups and investing brought me back to technology.

Around this time, Westwood Partners, a boutique recruiting firm specializing in finance and technology, approached me to discuss a leadership role at a large company. Ironically, the Westwood team was also starting a new business that connected entrepreneurs and funds to unique sources of capital, partnerships and talent. This business became Connectivity Capital Partners (“CCP”) and was incubated within Westwood. I became a Partner and continue to be amazed by the quality of the relationships my partner Mike Flood maintains.

In the 3 years prior to starting Connectivity Ventures (“CVF”) we worked together on 4 direct investments (2x TVPI, 1 exit) and 4 funds (all > 20% IRR), all sourced through CCP. We launched CVF a little over a year and a half ago, as a mission driven, early stage fund. We were motivated by our understanding that for founders human capital issues are the top concern. We observed that structured support usually comes from VCs with over $500m AUM, even though we consistently heard from founders that the need for support can be more acute at early stages. Mike Flood (GP), Joyce Fensterstock (GP), Jaahred Thomas (GP), Ellen Hoch (GP) and myself (GP) founded CVF to pursue these opportunities.

What types of companies do you like to invest in?

We are an early stage, mission-oriented fund. We work towards improving the human condition in the areas of health, finance, and work. We believe that if you can solve issues in those areas, then you can make a measurable impact on society and the world.

It is still early, but thus far we have invested in 16 companies, 4 of which have received follow on investments at a higher valuation, an additional 3 of which have term sheets on the table at a step up in value and 1 that we anticipate will not make it until year end. Half of the companies are in the NY area, and the others are in or around San Francisco, Boston, Tel Aviv and Boise. We aim to build an initial portfolio of 30-35 companies with an initial check size of $100-250k and a healthy reserve for follow on investments.

We like businesses with strong intellectual property positions and founders with high energy, ethics and intellect. We also like founders who can balance conviction with coachability.

Our model is collaborative by nature so our primary focus is to invest with people who share investment philosophies, communication styles and commitment to the investment. We do not lead investments primarily because it would push us to an earlier stage than we are currently comfortable or would require a larger fund. However, we do usually have pro-rata and information rights in place to make sure we can maintain ownership in subsequent rounds and track the progress of the company.

Our biggest actual competitor is time. We have only lost deals because the deal was already full or oversubscribed. Our perceived competition mostly centers around the number of sources of capital for startups. Early stage investing has become an increasingly crowded space, but it is important to note here that crowded does not necessarily mean either efficient or oversaturated. Some areas are a bubble while others are a bargain.

We see venture entering the early phases of a Moneyball Era like baseball. Funds with large AUM, like teams with large payrolls, may undervalue opportunities because conventional wisdom assesses them incorrectly. As in baseball, a richer set of evaluation metrics and a better understanding of what drives success will continue to lead the way. We believe the key is to understand when an opportunity may be undervalued because of conventional wisdom or outdated evaluation approaches.

We believe we are different in four key ways: 1) we are bringing later stage investment strategies to an earlier stage, as our human capital expertise tends to be more prevalent in funds with over $500m AUM; 2) we have sources of proprietary and advantaged deal flow, including deals from the cofounder of Celgene; 3) we are taking a “Moneyball” approach to venture and introducing a new model to add value to the startup ecosystem which we call the “smart syndicate”; and 4) our team combines perspectives that are not commonly found in venture, which we believes helps us connect to a broader range of opportunities. I also believe that having a partner like Joyce Fensterstock with such a depth of investment experience and an educational background in Psychology is a secret weapon given our emphasis on how people work and work together.

Our biggest challenge is to not only continuously improve our data collection and processing capacity but to also scale our relationship development and management capability. As much as we talk about the role of technology as a disruptor, venture is still a people business. So we not only must have deep insights into the entrepreneurs that lead the companies where we decide to invest, but it is especially important for us to understand the philosophies and personalities of the other investors and especially the lead.

We are leveraging a combination of people, process and systems to continuously improve our approach to data. We are also partnering with groups like incubators and accelerators that possess unique insights gained over time into both the founders we want to back and the investors who will join or lead in that effort.

We are changing the landscape of the industry in a couple of key ways. First, we are taking successful models from later stages and applying them to early stage investing. We believe that human capital expertise should be provided as early as possible to help avoid common, and costly, mistakes in organizational design. Second, we see founder fits, not profiles. Because our human capital approach starts with a focus on how well a founder’s skill set aligns with the opportunity, we present and support an alternative narrative about successful investing teams and startup leaders.

To date, we have raised $5M of our $10M target from 13 investors, with the overwhelming majority investing between $250k and $1m. We are open to discussions about a larger fund, but we currently plan to close at $10M.

We work well with investors with a background in one of our areas of focus (health, work, finance), that operate at a high level in that industry, and possess access to deal flow but lack the time to diligence the opportunities they receive. We also work well with those investors who have significant interest in the asset class and industry sectors, but seek additional access to deal flow.

We have found that a significant number of our current investors are interested in venture, want to invest in opportunities directly, but invest in our fund to get access to co-investment opportunities. Our LPs have in aggregate invested as much into our deals directly as they have in our fund.

We would love to work with endowments, fund of funds, foundations and public pensions willing to invest in smaller, first time funds. We also welcome investors looking to support teams that demonstrate diversity in gender and ethnicity within the investing team and the portfolio.

We do not merely believe in doing good and doing well. We believe high profit potential and positive societal impact can and should go together. We support entrepreneurs solving the world’s biggest problems to improve our society and our world.

We are all about the process of finding strong entrepreneurs, the discipline of making great investments and the commitment to support their growth. Metaphorically speaking, we believe we have built a prototype of our model and are excited about rolling it out more broadly and continuing to refine it.

Denmark West: As Chief Investment Officer, Denmark leads the investment process for CVF. He was an executive for several years at Viacom, most recently as the President of Digital Media at BET. Before that he was an Executive Vice President responsible for Global Digital Operations at MTV Networks (now Viacom Media Networks). He previously held a number of positions at Microsoft, including Corporate Development, Corporate Strategy, and Chief of Staff of Windows. He also led venture investments in internet infrastructure companies including Akamai and represented Microsoft on the board of select investments and joint ventures. Denmark started his career on Wall Street and worked at firms including Goldman Sachs and Smith Barney focusing on Media, Telecom and Technology. He is a frequent speaker on the digital economy and has been showcased on various news outlets including CNBC, the Today Show on NBC, Al Jazeera and CCTV. He has been referenced in social media books such as Stealing MySpace and The New York Times Bestseller, The Facebook Effect. He also sits on the Board of Directors for startup MpowerD, not for profit company All Star Code and is an advisor to K1 Capital. Denmark is a graduate of the Harvard Business School, where he received his MBA, and of Harvard College where he received an AB in Applied Mathematics.

For more information, please reach out to Denmark at Denmark.West@gmail.com. 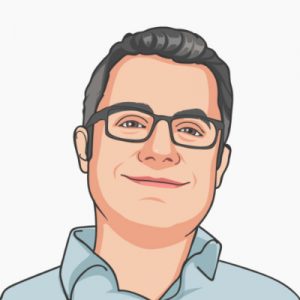