Q&A with James Hart of Myneurva

Over the last 100 years, psychiatry has relied upon perhaps the most unreliable sources of information: the afflicted person and their doctor. From clinical interviews where patients share anecdotes with doctors watching and listening for tell-tale indicators, treatment plans – often including powerful medications – have been established. Although this methodology is highly subjective, it has long been standard protocol for managing mental health/illness.
In recent decades, research has spurred some diagnostic evolution. Numerous studies published in the world’s most prestigious medical journals share one common conclusion that has produced a shift in understanding and approach: Conditions once the focus of treatment were distinguished as manifestations of a greater underlying problem. In other words, psychiatry had only been treating symptoms while neglecting to discern and address the source of illness. Subsequently, two primary causes were identified: Traumatic Brain Injury (TBI) and Post Traumatic Stress Disorder (PTSD). From them, some of the most common psychiatric conditions were proven to result.
Once dismissed as the lumps and bumps of “life happens,” today TBI and PTSD are recognized as legitimate, serious, physical injuries to the brain. Left untreated, TBI and PTSD are now understood to develop into depression, anxiety, Attention Deficit Disorder, impulse control disorders, addictions, speech language problems, sleeping disorders, aggression, pain, headaches and more.
In fact, because many afflictions are byproducts of PTSD and/or TBI, until TBI and PTSD are ruled out, no other traditional diagnosis can be made. When these injuries are treated, problematic behaviors (“side-effects”) lessen or resolve.
Recently, TBI and PTSD have become “buzzwords” associated with soldiers and professional athletes. In reality, however, TBI and PTSD are both common and pervasive across all populations, ages and geographies.

In the United States alone, 1.7 million cases of TBI occur every year. Approximately 5.3 million Americans live with a disability caused by TBI. And every year, 80,000-90,000 people experience the onset of long-term or life-long disabilities associated with TBI. Annual and direct TBI costs are estimated at $48-56 billion. And, as our nation’s aging population increases, the incidence of TBI in seniors from falls is rising dramatically.

PTSD affects about 25.6 million American adults in a given year, impacting survivors not only of combat experience, but also terrorist attacks, natural disasters, serious accidents, assault, abuse, or even sudden and major emotional losses. The annual cost to society is estimated to be significantly over $42.3 billion, often due to misdiagnosis and improper treatment. In fact, up to 50% of mental health outpatients have been observed to have undiagnosed PTSD, meaning the official statistics are woefully inaccurate. PTSD has also been shown to be closely associated with cardiovascular risk.

“If you can measure it, you can manage it.” – Peter Drucker:

For over twenty years, Fred Starr M.D., FAACAP, BCIA has been performing and obtaining brain data through Quantitative Electroencephalography (qEEG). Each qEEG has been meticulously categorized using subjective analysis, laboratory findings and structured psychiatric diagnostic testing.
Recognized as one of the world’s foremost brain specialists, Dr. Starr has pioneered the bridging of traditional psychiatry with the integration of patients’ own qEEG results. His innovation of “measuring” the brain and incorporating its data into diagnosis has been proven to reduce diagnostic subjectivity, while improving both accuracy and specificity.

With every qEEG measurement performed, ANNA grows, learns and evolves, ever-refining collected data and potential diagnoses to most accurately determine PTSD, TBI and many other afflictions. With this first-of-its kind technology and the most robust bank of brain data in existence, and as the inventor and sole proprietor of ANNA, MyNeurva is uniquely positioned to profoundly disrupt and wholly transform mental health diagnostics and treatment.

Our Standard Products Group is a full-service Remote Neurofeedback Solution/AI Assisted Neuroplasticity Augmentation that harnesses the power of ANNA. This non-invasive process is commonly known as Neurofeedback, a type of biofeedback. Protocols are developed against the FDA’s approved, gold- standard database for brain function and use FDA-approved hardware and FDA-cleared software. Treatment protocols are not reliant upon symptoms, but on qEEG data which reflects the patient’s brain network activity.

All protocols are doctor-reviewed and administered by remotely situated Brain Tuners. Brain Tuners service both clinical hubs around the world and clients receiving home brain training for which modified systems are sent to the client’s residence. This fully inclusive telemedicine service is conducted via the internet: Face to face communication is achieved via video conference through the Remote System operated by our Brain Tuner or Myneurva Doctor and the client.

Our Engineered Solutions Group is creating the process to establish FDA-approved databases based on Dr. Starr’s extensive research, clinical practice, structured analysis, laboratory findings and diagnostic testing – all of which are incorporated into the significant technological breakthrough that ANNA represents.

Myneurva is creating a paradigm shift in psychiatric diagnostics and mental health treatment. With these pending FDA-approved databases, we can establish benchmarked standards in brain measurement that make diagnosis and treatment of brain injury and disorders readily scalable. Once approved, Myneurva hubs/clinics will become akin to blood testing labs of today (Lab Corp, Quest). Doctors will fill out a form for the patient to have “brain tests” performed. The patient would then take the order to one of hundreds of our Standard Product hubs/clinics to administer the testing.

Myneurva owns the rights to over ten thousand “brains” and the data they have produced. Our business model will create one of the largest encrypted brain databases in the world. Using the information generated from our Standard Products Group and our Engineered Solutions Group, our Data Solutions Group performs customized data sampling and analyses for other companies and organizations. A patent pending blockchain protocol encryption of qEEG brain scans is creating an ever-growing vault of data that allows multiple pieces of information to be recorded along with the individual brain’s measurements. Some examples include genetics, height, IQ, health profile, preferences, addictions, afflictions, and more. 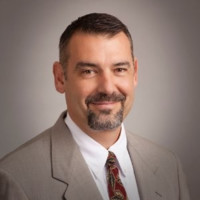 What are the key differentiators?

The Advanced Neural Network Analysis (ANNA) was launched in 2014. An entirely novel platform, ANNA’s patent pending technology employs Artificial Intelligence to analyze qEEG data. A continually learning, prognostic, diagnostic, events and conditions analyst, ANNA leverages blockchain protocol encryption to output “brain” data into a master databank.
 ANNA uses K-Means Cluster Analysis and Bayesian Linear Regression Models to interpret structural components of the Morlet Wavelets in the qEEG.
 ANNA clusters each group by disorders and weights each finding based on the robustness of each cluster.
 ANNA tracks individual patients and determines if specific interventions produce demonstrable results.
 ANNA measures brain data and determines conditions including Post Traumatic Stress Disorder (PTSD), Traumatic Brain Injury (TBI), depression, anxiety, Attention Deficit Disorder, impulse control disorders, addictions, speech language problems, sleep disorders, aggression, pain, headaches, and more.
 ANNA creates treatment/training protocols for AI-Assisted Neuroplasticity Augmentation using FDA- approved hardware and FDA-cleared software. Treatment focuses on the regulation of the two main networks in the brain. Dysfunction of these networks is associated with a majority of neuropsychiatric diseases. Improved regulation of these networks leads to significant improvement in functioning.
• MyNeurva’s proprietary platform and technologies are creating databases for FDA-approval that will drastically transform the future of psychiatric diagnosis. In any given year, PTSD affects more than 25 million Americans and 5.3 million Americans suffer the devastating long term effects of TBI. Both are frequently misdiagnosed, with up to 50% of mental health outpatients observed to have undiagnosed PTSD. Depression, anxiety, ADHD, and many other behaviors can be eased and/or resolved by healing the injury versus treating the subjective symptom.

what is the target audience?

All humans. Our initial area of concentrated focus is Post Traumatic Stress Disorder and Traumatic Brain Injury. Myneurva advanced treatment/training protocols are designed with the structural and functional components of the brain in mind. Treatment protocols are not reliant upon symptoms, but on qEEG data which reflects the patient’s brain network activity. Treatment, called Salience/ Default Coupling, is like fitness training for the brain. It is and focuses on the regulation of the two main networks in the brain. Dysfunction of these networks is associated with the majority of neuropsychiatric diseases. Improved regulation of these networks leads to significant improvement in functioning.

Why is big data important?

Our Data Solutions Group is focused on the data from our collection of over 10,000 “brains” amassed from our Standard Products Group and our Engineered Solutions Group. Our business model will create one of the largest encrypted brain databases in the world. Patent pending Blockchain Protocol Encryption of qEEG brain scans is creating a vault of data that allows multiple pieces of information to be encrypted with the individual brain’s recorded state. Examples are genetics, height, IQ, health profile, preferences, addictions, afflictions.

Fred Starr, M.D., FAACAP, BCIA, Chief Scientific Officer/Founder, is an adult child and adolescent psychiatrist with thirty years’ experience in the field of brain computer interface technology. Dr. Starr has a traditional science education and has served as Medical Director for several large institutions. He brings his knowledge of science, medicine and psychiatry to improve the diagnosis and treatment of brain disorders to the forefront of medical treatments.

James J. Hart, CEO/Partner, is an experienced senior executive in multiple markets including AI, automation, laser and robotics. Hart holds a BS in Electrical Engineering and an MBA. A three dimensional thinker, Jim is a proven change-agent and specialist at growing and transforming organizations from startup to multi-million-dollar corporate entities. Throughout his 30+ year career, he has built and led a variety of high-performing Business Development, Engineering and Operations teams. Email James 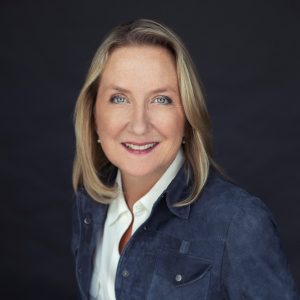