Q&A with John, Stephen, and Jay of The Calculated Movie

THE CALCULATED MOVIE HIGHLIGHTS:
1) This film franchise is based on a new top-rated 4-novel series from one of Amazon’s leading publishers.
2) This is a $2 million film development fund, to become a major motion picture with a bank financed production budget of $50 million.
3) Investors recoup 110% of their investment before filming begins.
4) Then, after studio release of the motion picture, investors receive 50% of the Development company’s ongoing profits.
5) A team that has worked on 23 major studio-released movies and series earning over $4 billion in revenue.
6) Relationships with major studios including Sony, Universal, Warner Media, Disney, Viacom/CBS/Paramount, and Lionsgate.
7) The producers donate 25% of their profits to NCOSE, a top organization fighting human trafficking. 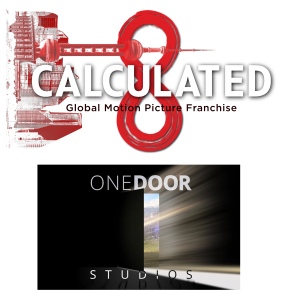 Never thought you would find a motion picture investment worth considering? What if you recovered 110% of your investment before the picture was even made? Then on top of that shared in the global profits. What if the team is so experienced, the terms so compelling, and story so overwhelming that 75% of the offering is already closed?

Join us for a private Family Office Insights Webinar featuring Jay, Stephen, and John of ONEDOOR STUDIOS, a team that has successfully led the vision, launch and/or expansion of five entertainment and media entities, and provided business, funding and distribution services for twenty-three studio released motion pictures, television network series and specials, with combined production costs of over $470 million and global rights earnings exceeding $4 billion. 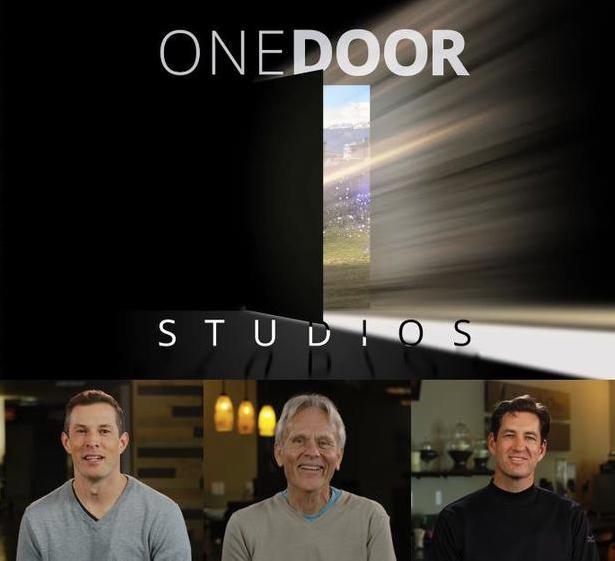 What is the investment opportunity in CALCULATED’s movie franchise?

CALCULATED’s movie franchise is the first from the four novels—and the first project from ONEDOOR STUDIOS. Celebrating these two firsts, all Calculated Development LLC’s investors participate in premium terms, including also receiving a portion of every sequel’s profits (with only 25% of the offering still available). Investors receive 110% of their initial investment at the end of the development phase when scripting is complete along with distribution contracts and the completion bond secured. This means that investors recoup their investment before the film is shot. Additionally, investors also enjoy a proportional share of 50% of Calculated Development company’s profits. Mathematically this nets down to 50% of the development company’s 50%...so a proportional share of 25% of the film’s net profits from all revenue sources.
It appears ONEDOOR STUDIOS is providing the first public opportunity to invest in the development of a studio and major global distributor released motion picture franchise. It’s no surprise that its Reg CF offering on WeFunder has taken the platform by storm and continues to perform ahead of forecasts.

Traditional independent offerings are riskier because they generally only offer any return to investors if the film is completed, distributed and has subsequent profits. In CALCULATED’s opportunity, the first tranche of returns comes to investors upon the securing of bank financing for production costs before the film enters full production. Therefore, the success of the film in the box office has no impact on the first tranche returns. This model then allows the investors to share in a second tranche return from the net profits of box office, streaming, merchandise, video games and all ancillary products.

There are about two dozen production companies like Centropolis, Working Title and New Republic Pictures who set their pictures’ primary distribution during their development. Doing this assures their release, provides much of the necessary production bank loan collateral and almost always their profitability. These companies follow the similar best principles and practices of the most successful producers—about which ONEDOOR STUDIOS’ co-founder John Lee authored the standard industry reference book, entitled The Producers Business Handbook, now in its 4th edition. This is CALCULATED’s business model, and by adding to it the opening of its development investment to the public through equity crowdfunding, ONEDOOR is disrupting the industry.

At first glance, the 110% preferred and 50% thereafter terms of some independent movie investment offering may look similar or the same as Calculated Development’s terms. Yet a little closer look reveals CALCULATED is vastly superior.

First, most offerings are raising production rather than development funds. Their only option for their investors’ return of investment is from the produced project’s income. Calculated Development LLC’s offering is spent on CALCULATED’s development. About $1.7 million of the $2 million spent on advanced production expenses for studio-level screenwriter(s), plus director and actor attachment fees. This allows the development company’s 110% preferred return to its investors to be paid from a combination of reimbursed production expenses plus its development fee, each paid from the project’s fully collateralized and bonded bank-provided production loan—and paid to investors as the project begins production.

So, CALCULATED’s investors receive 110% of their investment a year or more earlier than similar production focused offerings, and is not reliant on the project’s commercial success.
Second, most independently produced and financed motion pictures set their distribution after their pictures are completed, relying on festivals and private distributor screenings. Sundance is the largest of these with over 10,000 applicants each year, yet less than one-hundred projects are accepted to attend, and on their best years yielding about ten projects purchased. Dismal odds for investors looking for their returns from distribution earnings.

On the contrary, CALCULATED’s primary distribution is set up during its development. This confirms its distribution before production and begins CALCULATED’s branding. It also importantly assures key ancillary products—such as electronic games and brand tie-ins that need similar preparation as the motion picture—are typically planned a year in advance so as to release in concert with CALCULATED’s release date.
Raising sufficient development capital for CALCULATED’s studio-acceptable script, director and lead cast qualifies it for North America studio distribution, which in turn assures CALCULATED’s international territory major distributor acceptance—which in turn leads to a profitable, risk-mitigated experience for our investors.

Why did ONEDOOR STUDIOS choose CALCULATED for its slate.

After CALCULATED’s novels caught the attention of ONEDOOR STUDIOS’ principals, they put it through a rigorous studio-level creative and business greenlight. For it to be accepted, CALCULATED’s company share of earnings needed be at least twice its production cost. It handily passed this two-to-one earnings-to-cost minimum ratio.

The greenlight forecasts low, medium, high and breakout scenarios. How high might it reach? All will know when CALCULATED earns into that position, but initial calculations based on this sophisticated greenlight process put the earnings to cost ratio projections over 4:1. ONEDOOR STUDIOS uses a decades-long proven process of greenlighting calculations based on prior movies and series in recent history, their emotional drivers, beats and themes, which create a campaign signature. We then take that campaign signature and compare the same elements with our pictures campaign signature. This process allows us to be very mindful of what current audiences are craving in story and therefore can accurately predict the audience enticement of a particular project.

In summary, investors can revel in knowing that because of our thorough greenlighting, CALCULATED will carefully complete its development, employ the most excellent craft in its production, will do all possible to enable its distribution partners, and, with Heaven’s help, should deliver an abundant return to its investors.

In light of CALCULATED’s solid business model married to its gripping, audience pleasing story, now combined with a very attractive investment offering, it appears this may be the best motion picture investment opportunity ever offered to the public.

John, Stephen, and Jay of The Calculated Movie

John was a three-year faculty member of BYU’s Film School, establishing their Business of Film curricula and authoring “The Producer’s Business Handbook,” now in its fourth edition. After serving three years as Dean of Whistling Woods, Asia’s largest and most exceptional entertainment and media college, John extended his almost 40-year Alan Cassidy relationship, with their formation of Simple Little Stories LLC. Stories soon merged their library and experience with Jason Brents and then they with Stephen Wollwerth’s libraries and production craft. Some pictures John has provided business and finance services for include The Goonies, The Terminator, Crouching Tiger Hidden Dragon, The Four Feathers, and The Nutty Professor.

STEPHEN WOLLWERTH, PRESIDENT
Stephen entered the world of film production in 2010 with the development of aerial platforms before anybody knew what drones were. His innovations were featured in Scientific American Magazine and many other publications for being the first person to ever fly a cinema camera on an RC platform for a high profile multi-million-dollar Fox Sports Ad.

Stephen is a director of photography and editor and is supremely passionate about making quality productions that grip the viewer and call to action. The documentary he produced on the flood in Iligan Philippines in 2011 sparked a flood of donations from private and public accounts which ultimately led to the building of homes for 50 families. He has been director of photography and editor for feature films as well as a national television series on PBS. He has also produced a web series called “Restoring the Honor” a series honoring fathers of the past and telling their extraordinary stories.

Stephen has an intuition for storytelling through film that can move an audience to their core. As a producer his ultimate passion is to tell stories that preserve what once was right and true and the core of every human; goodness, compassion, mercy, justice and faithfulness.

JASON BRENTS, CO-FOUNDER | CEO
Jason’s awareness of the power of great stories to inspire and even enable their viewers and readers drove him to study epic stories from as early as he could watch and read them. He devoured all within his reach, and began considering the most dynamic telling of the greatest literature from various times and cultures into audience-overwhelming motion pictures and series.

The more he read and pondered the answers to life’s most important questions (who are we? where did we come from? why are we here? and where are we going after we leave this life?), the clearer it became that these questions and answers were the core themes of the most powerfully audience-engaging stories. During his twenty-year career teaching philosophy and history on multiple continents, Jason’s list of classic and contemporary literature he longed to produce grew into a passion.

Jason established Lady of the Lake Studios in 2018, a founding partner of One Door Studios, and is now producing motion pictures that are powerful in entertainment value as well as stories that fill audiences with hope and longing for all that is good, beautiful, and true. He has established deep industry relationships in China, where he resided for 6 years with his family, and oversees a lively network of over 60 producers and distributors, including the likes of China Film Co., Alibaba Pictures, and TIK Films. He continues to use his passion for China and film to advance One Door Studio’s mission.