XeroThera, Inc. was founded with the goal of developing and commercializing breakthrough technologies for the controlled and targeted delivery of antibiotics, analgesics, and other drug and biological molecules. The technology is the result of more than a decade of fundamental research and millions of dollars of grant funding supporting the development of nanoporous, oxide based, controlled release materials and proprietary sol gel processing methods at the Center for Bioactive Materials and Tissue Engineering of the University of Pennsylvania and the academic laboratory of Paul Ducheyne, PhD. XeroThera’s product concepts aim to address prevention and treatment of surgical infections, bone infections, and resistant (“MRSA”) infection. Within the field of controlled delivery of pharmaceuticals and other molecules, XeroThera has selected well defined niches in which its unique delivery concepts render it possible to treat conditions that currently defy solutions. While XeroThera is initially focused on prevention and treatment of surgical infections and osteomyelitis, the company intends on applying its proprietary tissue engineering scaffolds to broadly address surgical pain treatment, diabetes wound treatment, and beyond as part of a robust development pipeline.

Join us for a private Family Office Insights Webinar featuring Paul Ducheyne, Ph.D., Founder, Chairman and President or XeroThera, Inc. Dr. Ducheyne has been Professor of Bioengineering and Orthopedic Surgery Research at the University of Pennsylvania since 1991, and a serial entrepreneur, having founded Orthovita, a NASDAQ listed company until June 2011, when it was acquired by Stryker. He recently shifted to oversee accelerated development of XeroThera’s lead compounds which he invented while at the University of Pennsylvania and subsequently licensed into the company. XeroThera aims to address prevention and treatment of surgical infections, bone infections, and resistant (“MRSA”) infection using controlled delivery of pharmaceuticals and other molecules. 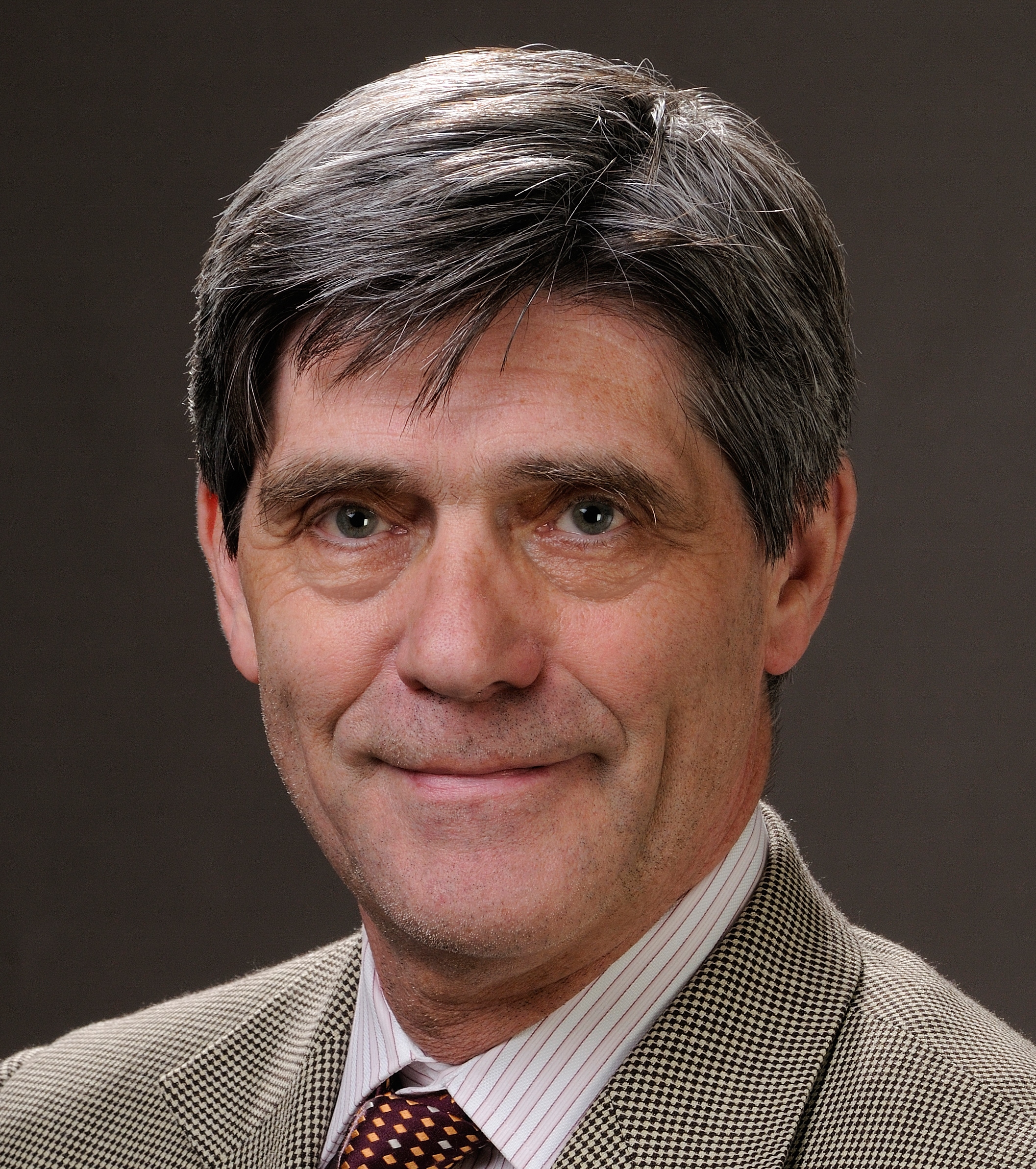 What is XeroThera's first product and what does it do?

XeroThera has developed an antibiotics delivery vehicle (a biocompatible, resorbable microparticle) that can be used prophylactically. It can be mixed in minutes, at the time of surgery, with any antibiotic of choice (on the part of the surgeon); still, the medicine is only released in a very controlled fashion over days up to two weeks. Antibiotics typically used in orthopaedic surgery such as gentamicin, vancomycin, rifampin, etc… can be administered and released. Thus, XeroSyn, XeroThera’s first product is designed to reliably and continuously deliver potent antibiotic (or antibiotics) selected directly to the surgical wound at implantation, and to slowly release further antibiotics throughout the initial postoperative convalescence period.

What are the key benefits of XeroSyn?

There are many advantages to the XeroSyn product concept. The product is not a medicine, but a very biocompatible material. Thus, the path to market is much shorter than for new treatment concepts with drugs enclosed. This implies that development duration of the product is much shorter (about 3 years instead of about 6 years), and that accordingly, also development costs will only be about 20% of the development cost of a delivery material with ready included antibiotics. In the US, a 510(k) pathway to market can be pursued. In their pre-surgical planning, surgeons can select the antibiotic (or antibiotics) most appropriate for the case at hand. Typically, one will select an antibiotic against gram positive bacteria, such as gentamycin or vancomycin, but also drugs effective against gram-negative bugs, can be selected, if warranted. Furthermore, if there is concern regarding resistant strains, two antibiotics such as vancomycin and rifampin can be added, and still there is a controlled release of both to the wound site. Obviously, local, controlled delivery from XeroSyn has all the benefits of local delivery as opposed to systemic delivery (intravenous injection). In fact, there is a local high concentration of the released molecules, and a much lower concentration in the blood stream, just the opposite as for intravenous administration.

What is the key competition of XeroSyn?

The treatment of bone infection mainly involves operative debridement, removal of all foreign bodies and antibiotic therapy. Usually, intravenous antibiotics are prescribed for 3 weeks, followed by 3 weeks of oral antibiotics. In order to achieve an effective local drug concentration, a high parenteral dose of antibiotic must be administered. In addition, a prolonged course of treatment is needed. Both can lead to systemic toxicity of the antibiotic. Regardless, there are still significant relapse rate, even with such vigorous treatment programs. There has been increasing interest in products providing local antibiotic therapy. In principle there are advantages to local antibiotic delivery, because putatively a high antibiotic concentration can be achieved where it is needed, namely locally. However, today’s reality does not lead to such sanguine assessment. Non-biodegradable delivery systems such as poly(methylmethacrylate) (PMMA) beads containing gentamicin are routinely used in the treatment of osteomyelitis. However, the pharmacokinetic profile of antibiotic released from PMMA beads is far from ideal. In vitro pharmacokinetic and in vivo animal studies demonstrated a peak local antibiotic concentration on the first day followed by a drop-off by several orders of magnitude which is known as “initial burst” release. As such a therapeutic concentration is not maintained for the desired two to three weeks. A second major drawback is the need for a second surgery to remove the delivery system. When left in situ for too long, the beads are actually difficult to remove. A third drawback is that the continuous low dose delivery past the first day, typically at a concentration significantly below the minimal inhibitory concentration (MIC), and the extended period of slow delivery, create conditions potentially facilitating bacterial resistance development. Other approved products in European markets (not approved in USA) are a Gentamicin-impregnated collagen sponge and tobramycin impregnated calcium sulfate bone grafts. These materials also suffer from very high initial burst release and are unable to deliver antibiotics for more than 48 hrs, due to the fast degradation of the carrier. The standard of care for prophylaxis is pre-operative vancomycin IV injection, but this leads to the incidence of infections stated above.

Paul Ducheyne has more than 30 years of scientific, technical, entrepreneurial and governance experience in the biomaterials, medical device, tissue engineering and controlled release fields, especially as it concerns orthopaedics, but also as it relates to cardiology, dentistry and medicine. Prof. Ducheyne is a world-renowned authority on many aspects of bioengineering. Paul Ducheyne is Founder and was Member of the Board of Directors of the privately held Gentis, Inc., which focuses on breakthrough concepts for spinal disorders (2000 – ). In 2001 – 2002, he was on full time leave from academia and directed its start-up phase. He negotiated license agreements, arranged for funding close to $2 million using various forms of financing, managed Gentis’ intellectual property, and organized the Board of Directors and the Board of Scientific and Clinical Advisors. Previously, he founded Orthovita, a NASDAQ listed company until June 2011, when it was acquired by Stryker. Paul Ducheyne served as Chairman of the Board until 1999 and Director until 2003. Working side by side with the CEO, he played key roles in strategic decisions regarding product development, capitalization and finance, marketing and distribution, and regulatory affairs. He and the CEO of Orthovita conducted the road show for the initial public offering in June 1998. Orthovita was the first osteobiologics company to become publicly listed. Orthovita was the leading, independent biomaterials company in the world with more than 250 employees at the time of its acquisition by Stryker. Paul Ducheyne has been Professor of Bioengineering and Orthopaedic Surgery Research at the University of Pennsylvania, Philadelphia, USA, since 1991. He was also Special Guest Professor at the University of Leuven, Belgium, 2007 – 2009, and is Honorary Visiting Professor at Sichuan University, Chengdu, China. Paul Ducheyne has been granted more than forty US patents with international counterparts. These patents formed the basis for various companies, including Orthovita (1992) (acquired by Stryker in 2011), Gentis (2000) and now XeroThera (2014). Paul Ducheyne has Materials Science and Engineering degrees from the University of Leuven, Belgium, where he obtained his Ph.D. on a thesis entitled “Metallic Orthopaedic Implants with a Porous Coating” in 1976. He first presented his breakthrough work on the use of hydroxyapatite coatings on porous materials for enhancing fixation to bone in 1977. This concept soon was used worldwide, throughout the orthopaedic and dental industries. Contact Paul: rifkin@xerotherainc.com