Q&A with Nicholas Longano of Scuti

Scuti is the world’s first in-game marketplace for brands to promote and sell direct to game players, who earn rewards for every purchase. Created by a team of top video game and marketing/media experts, the personalized, AI-driven marketplace gamifies shopping through product curation and an extensive rewards system. 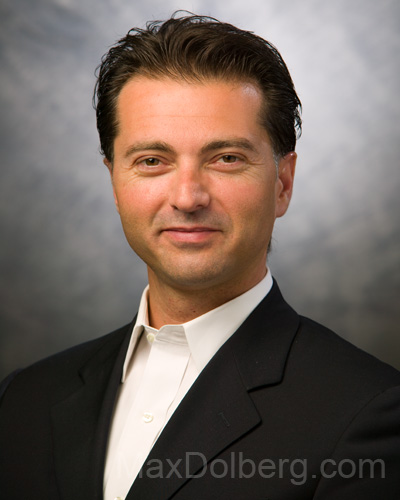 What is the market opportunity which Scuti addresses?

The Retail Industry, both brick and mortar and eCommerce are ripe for disruption and Scuti has built a platform which provides a direct gateway for brands to sell direct to hundreds of millions of “captive” customers.
In the US alone, the eCommerce and Digital Ad market is measured at $1.04T a year. eCommerce, particularly due to the impact of the pandemic is growing at record levels - over 45% in Q1-20.
There are over 220 million mobile and PC game players in the U.S., and until now, these consumers have never been able to shop from their games.
Scuti is uniquely positioned to allow brands direct access to these players and advertise and sell their product. This opens a new revenue stream for mobile games, which up until now, have only been able to monetize their free games through in-app purchases and annoying advertising. In fact, on 5% of Free to Play players ever make in-app purchase of digital or virtual goods. Yet - everybody shops for real world goods. Scuti opens every game maker to significant new revenues which monetize EVERY player.

Why would players want to purchase from Scuti rather than go to Amazon or Walmart.com?

Scuti has created a rewards program which allows players to earn Scuti points with each purchase. These points can then be redeemed against the purchase of real world products or redeemed for in-game credits to enhance their game playing experience. This has never been done before. In independent research among 500 players, almost 9 out of 10 players would shop Scuti, and 36% said they would be influence to purchase by the Scuti rewards program.

How does Scuti make money and can it execute against its vision?

Scuti generates revenues from 4 streams, and is not reliant upon any one. Scuti taps into advertising, sales referral fees of 15% of retail for each item sold, rewards program which is paid for by vendors, and from the sale of the BIG data it generates through its platform. The Scuti team is made up of video game and eCommerce experts. At its helm is Kym Nelson who headed up sales for Twitch - which later sold to Amazon. The Scuti team are proven entrepreneurs and each has had significant exits in their careers.

For almost 3 decades, Nicholas Longano has been a marketing executive and technology entrepreneur overseeing the creation and launch of exciting new products and ventures.

Mr. Longano has spent the last year creating and bringing to market his new creation – Scuti.

Prior to this, Mr. Longano was involved in several innovative ventures, including his most acclaimed entrepreneurial endeavor, Massive Incorporated, where as President he built the first video game advertising network. Massive was acquired by Microsoft in 2006.

Mr. Longano has served in several executive roles in the video game industry. At Vivendi Universal Games, which published such top worldwide franchises as World of Warcraft, Half Life, and Counter Strike. He publishing and developed titles for Disney, Fox and Warner Bros, and as General Manager of Universal Interactive, he was responsible for all Universal film-based franchises, including, Lord of the Rings, The Hulk, Fast & Furious, Jurassic Park, The Thing, to name a few.

He helmed Calvin Klein Cosmetics (Unilever) as General Manager and Vice President of Marketing. Ron Perlman hired Longano to head up marketing for Revlon, where he created and launched the ColorStay cosmetic line in 1995. Prior to that he was at L’Oreal for 4 years and marketed the top haircolor and hairstyling brands for L’Oreal USA and Australia. He commenced his career at Cadbury Schweppes in Australia where he launched Pepsi, Evian Spring Water and the Sunkist brands of beverages onto the Australian market. Contact Nicholas + 1 917 828 5954