Founded by a multi-patented NASA scientist and astronaut with career-long experience creating breakthrough innovations in medical science, Spektron Systems leverages powerful technology developed in collaboration with the FDA to transform the field of drug discovery. By replacing costly, time-consuming labor and materials-intensive lab testing with sophisticated computer modeling and prediction techniques, this technology can reduce the preclinical stage of drug discovery from 8-12 years to 3 years, while significantly curtailing the costs of R&D spending.

Spektron is currently leveraging its technology platform to drive its in-house drug development programs; it is also in discussions with several Big Pharma companies about supporting them in improving the cost and efficiency of their own drug discovery.

What burning problem does Spektron address?

The pharmaceutical industry is a hot topic in the news these days, mostly as a favored target of politicians’ complaints about the perceived high cost of prescription drugs, and about the lack of effective medicines in many important disease classes. What usually gets lost in the conversation is that it is extremely costly, risky, and time-consuming to create new drugs, and the high prices of some prescription drugs reflect those costs and risks. To impose price controls on prescription drugs, as some lawmakers wish to do, might score them short-term political points and provide temporary relief to patients, but it would also create powerful disincentives for the Pharma industry to research and develop critically needed new medicines.

The burning problem is that traditional drug discovery methods are no longer cost-effective. The low hanging fruit of easily discovered therapies is long gone. The conventional approach of physically testing millions of candidate molecules in wet labs to find one that exhibits the properties that would make for an effective drug has become exorbitantly expensive. According to a 2016 study published in the “Journal of Health Economics,” the average total capitalized costs of taking a new drug from the lab to FDA approval has soared to $2.6 billion in recent years, and the industry-wide return on investment for Pharma R&D has rapidly dwindled toward zero.

With such a high financial bar for success, diseases with small patient populations are unlikely to receive needed investments, and thus remain without effective therapies.

Spektron was established to tackle this hugely important problem by introducing new technological solutions designed to dramatically improve the speed and quality of drug discovery, while also significantly mitigating the costs and risks.

How can Spektron solve this problem?

Spektron has developed a modern, computer-aided design and engineering approach to replace the labor intensive, “needle-in-a-haystack luck” of conventional drug discovery. Named Q-MAP, for Quantum Molecular Activity Predictor, Spektron’s innovative approach employs cutting-edge Artificial Intelligence technology to generate novel drug molecules and to rapidly and accurately predict their behavior in the computer, not in the lab. This approach can reduce the preclinical drug development process from 8-12 years to approximately 3-4, and to slash R&D costs to a comparatively thrifty ten million dollars.

In success, such an approach can greatly benefit patients, pharmaceutical companies, and health insurers by making a wider range of medicines available more quickly, with lower health risks, and at lower cost than is possible using traditional methods.

Q-MAP offers the potential to create efficiencies by reducing very large sets of leads down to small groups of de-risked candidates that can be refined into promising drug candidates at relatively low levels of R&D spending.

Once a viable preclinical candidate is developed, Spektron can seek to sell or license the resulting molecule and data package to a pharmaceutical company for an upfront payment, plus milestone payments in the event of further progress in clinical trials, and royalties if and when the drug achieves market acceptance.

Spektron has completed and tested two successive iterations of its Q-MAP platform, and deployed it in creating an initial set of molecules for laboratory testing. The results of these tests have been highly encouraging, and have been reinforced by extensive interactions with medical scientists and executives at several Big Pharma companies. Spektron’s management consequently believes that, properly funded, they will be in a position to complete and sell their first drug molecule and data package in approximately three-and-a-half years.

What sets Spektron apart from its competition?

Spektron employs a unique technological approach, developed in collaboration with leading pharmaceutical scientists at the FDA's National Center for Toxicological Research (NCTR). This technology employs a unique method for assessing the quantum mechanical properties of candidate drug molecules, allowing for highly accurate predictions of their behavior in human biology, and thus allowing for faster and more accurate creation of drugs that maximize the efficacy and minimize toxicity for a given pharmacological need.

Spektron’s Q-MAP technology incorporates a method of capturing quantum information about molecules that not only enables powerful predictive modeling, it also provides for the ability to identify the key parts of the molecule related to biological effects, from data that other companies’ techniques are unable to use.

Q-MAP also allows for a richer molecule descriptor than it has seen among its competitors. This enables a more accurate computational prediction of efficacy and toxicity, and improved designs for novel molecules.

Finally, Spektron has a unique focus on modeling from small, unbalanced data sets. Large and balanced datasets are ideal for developing new drugs, but the reality is that such datasets are often not available for targeting a given endpoint. Spektron can generate reliable predictive results in situations that would be difficult for platforms that require greater breadth and depth of training data.

Robert Cain began his career as a strategy consultant at the Boston-based Monitor Group, under the direction of the renowned Harvard Business School strategy guru Michael Porter. There he developed successful growth, competitive and market entry strategies for global clients such as AT&T, Kodak, Shanghai Media Group, and Italy’s Montedison, among others. He first began working in the pharmaceuticals industry for Sandoz Pharmaceuticals in Hong Kong, China and Taiwan, where he created a marketing campaign that led to a 25 percent increase in sales of the company’s Parkinson’s disease and infertility drugs.

He returned to the United States to roles in finance and international business development for companies ranging from startups to Fortune 500 conglomerates. At Viacom he wrote the business plan and played a key role in launching Big Ticket Television, which became a highly profitable multi-billion dollar business, largely due to the success of its popular “Judge Judy” syndicated program. As an investment banker at JP Morgan he advised MGM on IPOs and M&A transactions totaling over $800 million, and he later led strategy and business development initiatives for clients based in China, Russia, Dubai, the UK, Singapore, Korea, Mexico and the United States.

Mr. Cain continued his career in pharmaceuticals as an advisor and member of the IPO advisory team for two Chinese pharmaceutical companies, and in 2018 he joined Spektron Systems as its Executive Vice President and Chief Strategy Officer. He earned his undergraduate degree at Harvard University and his MBA degree at the Wharton School.

Tim Dockins has worked in Information Technology for over 25 years in various roles from technical support to Chief Technical Officer after serving in the U.S. Army and Army Reserves.  Having worked as a consultant in both the insurance and telecom industry, he developed product management and development skills in the Sprint Business group for Business Application Management.  He has successfully developed and managed several complete system conversions or new systems.  These have included large-scale database system upgrades as well as complete order tracking systems for a small manufacturing company.

Mr. Dockins propelled his career forward by completing his BS in Computer Science and entering graduate studies at the University of Texas at Arlington, a Tier 1 research school in Engineering.  Working in the LEARN lab, he studied his long favorite subjects of artificial intelligence systems and machine learning.  There, he developed a network theory based model of social influence for control systems and worked with others on a method of color separation from web-camera images to be used in Healthcare monitoring smart environments.

Currently at PhD Candidate status, Mr. Dockins is focused on the application of machine learning and AI in the field of drug discovery.  As Chief Operating Officer for Spektron Systems, he manages daily operations including company finance, human resources, and other administrative tasks.  In his role as Chief Technical Officer, he is a lead architect and stakeholder in the development of Q-MAP’s machine learning platform as well as the computational modeling programs.  Today, he manages the team of computational chemists and other staff.   Mr. Dockins has been with Spektron since 2016. 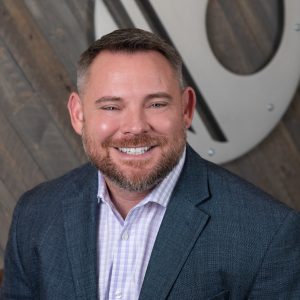