Chrysalis Orchestra would comprise forty young classically trained musicians, selected for their musicianship, for their love of rock music, for their ability as performers and for their ambition to succeed as individual stars.

Chrysalis Orchestra would have the typical instrumentation of a symphony orchestra but would be more like a forty-piece rock group. The musicians would be colorfully dressed; they wouldn’t be sitting reading charts, they’d be standing and when they’re not playing, they’d be clapping, dancing and interacting with the audience.

A Chrysalis Orchestra performance would be an evening of music and stories, perhaps enhanced by the presence of a star guest artist.

There would be two MCs on the stage between musical pieces, discussing the songs, putting them into context and illustrating them with anecdotes about the writers and performers. Initially, founder, Terry Ellis, plans to be one of the MCs with Grammy winning producer Peter Asher; between them they know, or knew, most of the stars of the rock era and have great stories to tell.

The MCs would introduce the musicians to the audience, add some humor to the proceedings and bring the evening together as cohesive piece of entertainment.

Chrysalis Orchestra LLC is planning to launch a touring orchestra playing dynamic reinterpretations of the great compositions of the rock era, performing up to as many as one hundred shows a year to audiences of wide demographics in cities across the United States and Canada 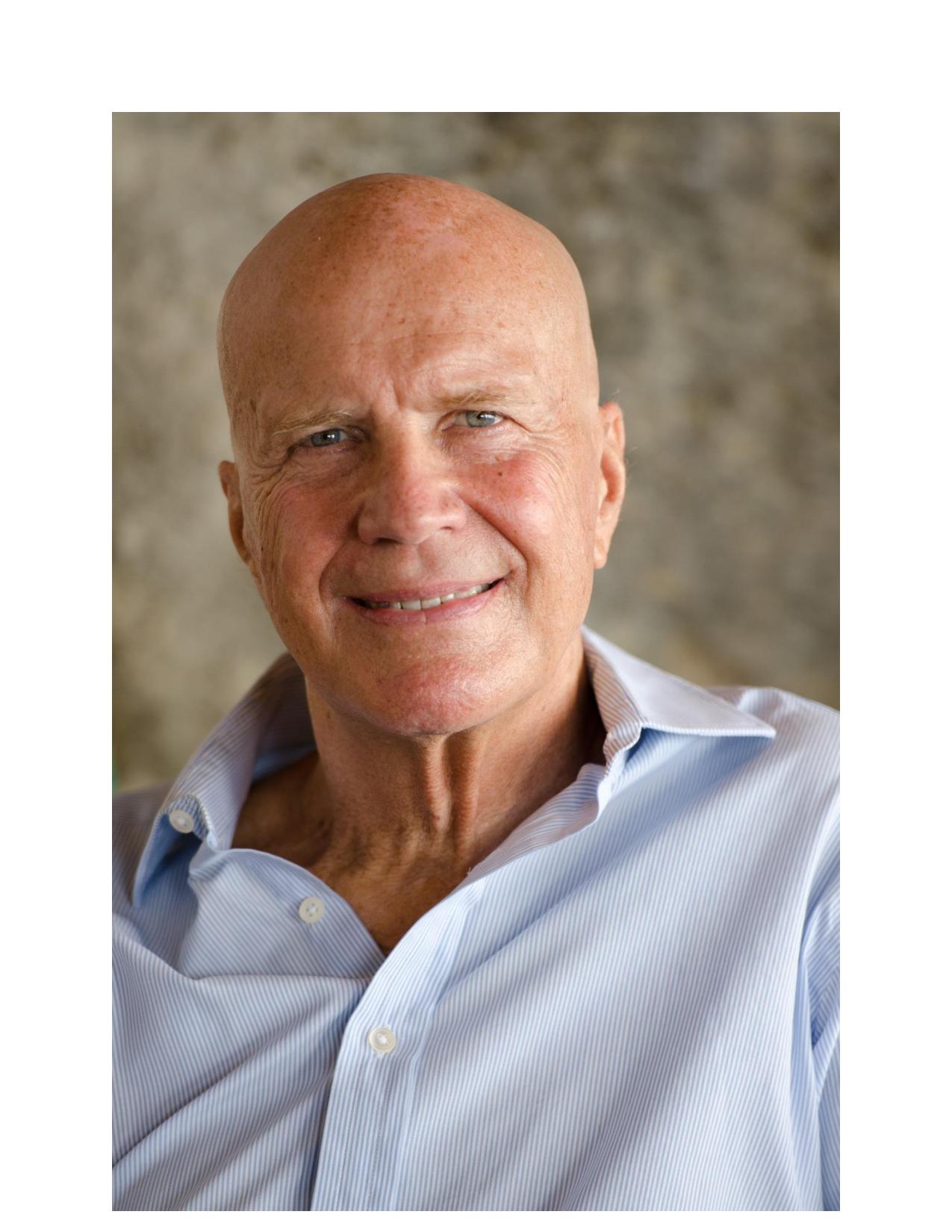 It would not look like a typical symphony orchestra which features musicians dressed in black evening dress, sitting reading their parts from sheet music. The musicians of Chrysalis Orchestra would be colorfully dressed, they would mostly be standing, when they were not playing, they’d be clapping, dancing, and interacting with the audience. They’d be young musicians, classically trained, but with a love of rock music. Each piece of music would feature several musicians of the orchestra playing improvised solos. The stage would be structured so that the musicians are on three levels, so that they can all be clearly seen by the audience.

Will the concert consist solely of the 40 musicians?

No, we hope to have guest appearances from artists like Ian Anderson of Jethro Tull, Billy Idol, Roger Daltry from The Who or Robert Plant of Led Zeppelin, performing with the Orchestra.

What is the market demand for music concerts?

As record sales have declined, the live music concert business has become a growth market. Revenues generated in 2018 by recorded music in the USA are reported by the Recording Industry Association of America to be seventy percent of what they were in 2000, about $9.8bn in 2018, down from about $14.4bn, but I estimate, based on figures published by POLLSTAR magazine, that revenues from ticket sales to music concerts are nearly five times what they were, about $8bn in 2018, up from about $1.7bn in 2000. Music fans seem to be taking the money they used to spend on records and spending it on tickets.

What is the audience for Chrysalis Orchestra?

It’s huge - everyone between the ages of eight and eighty! I believe that there is a significant opportunity for Chrysalis Orchestra in the all-ages market, including the older demographic, people who may have the money to spend on tickets and merchandise but appear to be underserved by a music industry which focuses on the youth market and seems to mostly present concerts that feature current popular styles, Electronic Dance Music, Rap, Hip-Hop and the new crop of pop and rock stars.

Are there comparable successful shows?

Yes, The Trans-Siberian Orchestra and 2cellos play to all-ages audiences in 10-15,000 seat arenas in North America. We believe that these shows are not competitive with Chrysalis Orchestra, but complementary. All shows feature rock music played by an orchestra with instruments usually associated with classical music, but each with an individual approach.
The Trans-Siberian Orchestra features a rock group backed by a small orchestra.
2cellos features two cellists backed by a small orchestra.
Chrysalis Orchestra would be different, not a backing band. It would feature all of its forty musicians as the stars of the show – a forty-piece rock band!

What would be the particular appeal of Chrysalis Orchestra?

Everyone under the age of eighty has been brought up in the rock era, with the songs of David Bowie, Queen, The Beatles, The Rolling Stones, The Eagles and many more legendary artists as the soundtrack to their lives. Chrysalis Orchestra would offer the opportunity to hear some of the great compositions of these artists, so familiar to us all, played by about forty exciting young classically trained musicians. Chrysalis Orchestra would be a rock show, a sophisticated extravaganza.

What are the revenue sources for Chrysalis Orchestra?

What is the potential for Chrysalis Orchestra?

We plan to build Chrysalis Orchestra as a highly scalable brand and develop it into a new wide-ranging music business.

After the initial rock orchestra is established, we plan to launch a second orchestra with a lighter, more pop, repertoire, an international touring orchestra and, possibly, a residential Las Vegas orchestra. Once the international orchestra has become recognized, we hope to develop orchestras based in Europe, Japan, China and the Middle East/Asia. We plan to develop some of the musicians of the orchestras into stars in their own right, then possibly spin them off into individual careers. We could also sign promising young musicians and singers, building their careers by giving them public exposure as guest artists on tour with its orchestras. This would give us an additional roster of contracted artists with multiple revenue sources.

How does the Covid virus and current social conditions affect the creation and execution of Chrysalis Orchestra.

In our game plan, the first year of business would be spent auditioning and recruiting musicians and assembling the infrastructure of the touring organization, all of which can be done either by Zoom or in a socially distanced environment. At the end of the first year, which will be no earlier than the end of 2021, we’d hold some showcase concerts, which would be filmed and recorded to create a marketing tool for the first revenue earning national tour, which would take place no earlier than the end of 2022.

In the event that by the end of 2022 concerts still have reduced capacity, then we have a plan to use larger venues, so as to not impact our projected revenues.

If, as seems very unlikely, music concerts are delayed more than this, then as we would have a low overhead, we could easily delay our touring schedule according to circumstances without undue impact on our projected business plan.

Terry Ellis is the co-founder of the Chrysalis Music Group and the former President of Chrysalis Records, Inc. USA, where he personally signed and guided the careers of Blondie, Billy Idol, Pat Benatar and Huey Lewis and the News. Those organizations were prominent in the worlds of Recorded Music, Music Publishing, Concert Promotion, Artist Management, Artist Booking, TV and Video Production. They were UK Booking Agents for Led Zeppelin and promoted some of their concerts; they were Music Publishers for David Bowie and were partners with the Beatles producer, Sir George Martin, in the Recording Studio business. Terry Ellis was the manager of the band Jethro Tull and coproduced all their earlier albums. He traveled on tour with the group for ten years, helping them grow from a $25 per night backup band in London clubs to one of the world’s most successful live performing rock acts, and eventually selling out the 55,000 capacity Shea Stadium in New York. Born in a small town 20 miles north of London, England, Ellis, holds a B.Sc. (with Honours) from the University of Newcastle-Upon-Tyne, UK. He has held 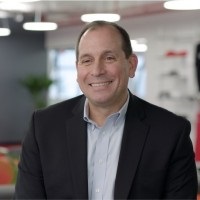